To me, Religion means rules, pain, guilt and fear. The idea that there is a person we can’t see, just waiting for us to mess up so he can punish us.

To many survivors, their parent(s) was/is a similar presence, so it’s hard to even know what love and acceptance feels like.

There was nothing positive about Religion and almost every religious word is an anchor that brings up a traumatic memory, making it almost impossible to continue the lifestyle we were raised with.

This means starting from scratch and throwing out the beliefs we were taught. It can be both scary and freeing, to be okay with not knowing anything for certain about the unseen.

There is a grieving process that takes place, grieving the loss of our old identity and often the loss of friends and family, stepping out of a familiar world, often the only world we ever knew, and into a world where we feel like a foreigner.

But we have an inner strength, we are survivors of the unthinkable, we take life one moment at a time. We find new beliefs that resonate with us. Kindness, Respect, Freedom, Boundaries, and Curiosity, these are our new values.

We realize that in the real world, each person evolves at a different pace and nobody believes exactly the same as another. It is safe to agree to disagree. Conflict is not the end of the world. That is a brand new concept, one that can be difficult to grasp, as our old programming is still the autopilot.

That autopilot of old programming, I’ve discovered a way to regenerate through ethical Ericksonian Hypnotherapy. After 1 session, the Subconscious Mind gets the memo of the new belief that the client chooses. The conscious mind doesn’t need to even make an effort to choose the new behaviour because the change is immediate on autopilot.

After experiencing Hypnotherapy, I became a Hypnotherapist. It’s so exciting to guide Survivors in a comfortable way to release Fear, Anger, Sadness and Guilt that has been locked away, and reprogramming limiting beliefs.

Having the ability to entertain ideas without accepting them or attaching to them is empowering. It’s also empowering to take your life back and not be weighed down by the beliefs and trauma we were raised with.

It can be incredibly challenging to trust others after being raised with religious brainwashing, and even harder to trust ourselves after being told we were a bad person. That wasn’t true. Narcissistic Authority figures projected their faults into us.

We are good, kind people, even though they’ll never be able to see that. Their blinders prevent them. Subconsciously we have been going through adulthood, reliving our past, trying to gain approval from someone who doesn’t know how to give it. It’s time to break the shackles that have held us, to regenerate.

Religious ideas represent pain, fear and guilt. Kissing Religion goodbye is often the only way that survivors can lesson their fear and guilt, and Hypnotherapy offers a way to be free of those triggers once and for all.

Realizing that Imperfection does not make us unworthy of love and reparenting ourselves without judgement is the first step in feeling better.

I was raised in the cults ATI and IFB, it’s been quite a journey of recovery and helping others feel better has been a part of that. When my 21-year-old brother died from suicide, exactly 3 years ago today, he looked for real Mental health answers, but he didn’t find any.

This led me to ask myself, why not me? I wasn’t going to let my insecurities keep me from finding real answers and sharing them. I now offer online counseling for Religious Abuse Survivors and Hypnotherapy if they want it.

This is the tattoo I got for my brother Nate, his love of the mysteries of the Universe and the love of soccer.  ⚽️ 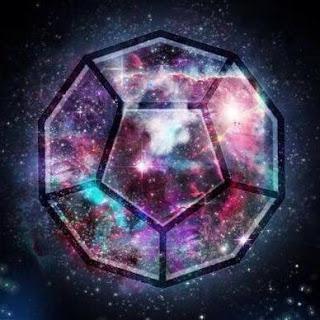